What happens in an Online CBT Session? 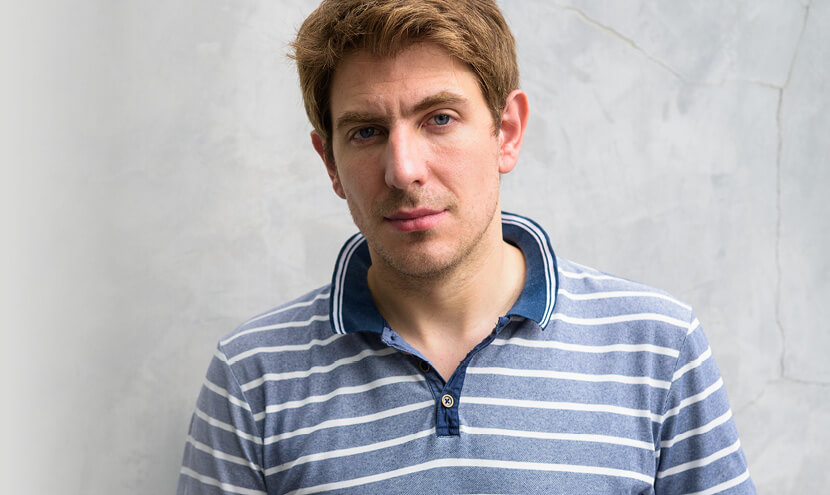 The program is made up of eight sessions divided into 3 or 4 modules, each module takes about 10-15 minutes to complete.

It is confidential and can be completed at times to suit you.

Seven out of ten people who have used Beating the Blues have been able to overcome their depression and many would recommend it to one of their friends.

If you have depression or anxiety problems it can work for you too.

Beating the Blues will help you feel better if there is something in your life now, which is causing you to feel down or anxious.

Beating the Blues will also help you stay better by giving you skills that you can use if something stressful should happen in the future.

Helps you to understand anxiety and depression and sets the scene for future sessions.

Helps you to identify and establish a clear picture of your road to recovery.

You will be introduced to the five video case studies to help you through the eight sessions.

Weekly project – Participate in a pleasurable activity and see how this makes you feel.

During this session you will be helped to set goals that you will work towards during the program.

You will begin to see the link between your thoughts and feelings and how you feel and behave.

You will be introduced to automatic unhelpful thoughts and how to notice them.

Weekly project –  You will begin to recognise and record negative automatic thoughts.

During this session you will see how your thinking can become distorted when you are stressed, anxious or depressed. This process is called thinking errors.

You will be guided through the process of how to check your thoughts for these Thinking Errors.

You will be introduced to a new doing technique; Problem Solving.

During this session you will be shown how to challenge and change any unhelpful thoughts you may have.

Weekly projects – Continue to work on Problem Solving. Challenge unhelpful thoughts and record any impact on mood or behaviour.

During this session you will find out more about your beliefs to check whether they are helpful or not.

You will learn about some common mistakes that people make when challenging their thoughts, and how to overcome these mistakes.

You will be introduced to the techniques for changing unhelpful beliefs in order to feel better and stay better.

Weekly projects – Record one unhelpful belief and look for evidence against it. Continue to work on doing techniques.

During this session you will look at the reasons we give for events in our lives (attributional style). Some types of reasoning lead to feelings of low self esteem and hopelessness. Others boost self esteem and well being.

Continue working on unhelpful inner beliefs, collect evidence against them and develop more helpful versions of them.

You will be invited to chose another “doing technique” to work on in the final sessions.

During this session you will learn new thinking habits and further ways to deal with your problems.

Weekly project – Noting good and bad things that happen and the reasons for them and use the learnt techniques to work through these. Try some new thinking strategies.

During this, the last session, you will review all that you have learnt in the program and check your progress on goals you set at the beginning of the program.

You will be helped to set goals for your future life.

Finally you will be guided to make a personal action plan to build on changes you have made.

There is a mountain of evidence supporting CBT and it has already helped hundreds of thousands of people worldwide.

There is a lot of evidence which proves that Beating the Blues works, doctors say it really helps, and users are very positive about the way the program has helped them.

Development and initial testing of Beating the Blues

This paper describes the development and beta-test of an eight-session computer therapy program for anxiety and depression, ‘Beating the Blues’. Developed by a multi-functional team, the program uniquely combines multi-media interactive computer technology with empirically-validated cognitive-behavioral therapy (CBT) techniques and crucial non-specific aspects of therapy.

The paper describes how the project proceeded through its development phase, the unexpected hurdles that occurred and the lessons learnt. As an integral part of the development, the program was beta-tested with 20 patients. Despite the small numbers and the fact that the eight sessions were completed at an accelerated rate, feedback was positive. Patients reported it was helpful, easy to use, and of those who had had previous treatment for their problems, the majority indicated it compared at least as well as other forms of therapy. The beta-test also highlighted where changes were needed to the program. These were implemented prior to release of the program for the next phase of testing.

Lastly, the beta-test indicated that the program had sufficient promise for it to be evaluated formally by randomized controlled trial.

RCT of Beating the Blues in Primary Care Services: Cohort I

Background. Cognitive-behavioural therapy (CBT) brings about significant clinical improvement in anxiety and depression, but therapists are in short supply. We report the first phase of a randomized controlled trial of an interactive multimedia program of cognitive-behavioural techniques, Beating the BluesTM (BtB), in the treatment of patients in general practice with anxiety, depression or mixed anxiety/depression.

Method. One hundred and sixty-seven adults suffering from anxiety and/or depression and not receiving any form of psychological treatment or counselling were randomly allocated to receive, with or without medication, BtB or treatment as usual (TAU).

Measures were taken on five occasions: prior to treatment, 2 months later, and at 1, 3 and 6 months follow-up using the Beck Depression Inventory, Beck Anxiety Inventory and Work and Social Adjustment Scale.

Results. Patients who received BtB showed significantly greater improvement in depression and anxiety compared to TAU by the end of treatment (2 months) and to 6 months follow-up. Symptom reduction was paralleled by improvement in work and social adjustment. There were no interactions of BtB with concomitant pharmacotherapy or duration of illness, but evidence, on the Beck Anxiety Inventory only, of interaction with primary care practice. Importantly, there was no interaction between the effects of BtB and baseline severity of depression, from which we conclude that the effects of the computer program are independent of starting level of depression.

Conclusions. These results demonstrate that computerized interactive multimedia cognitive behavioural techniques under minimal clinical supervision can bring about improvements in depression and anxiety, as well as in work and social adjustment, with and without pharmacotherapy and in patients with pre-treatment illness of durations greater or less than 6months. Thus, our results indicate that wider dissemination of cognitive-behavioural techniques is possible for patients suffering from anxiety and/or depression.

Following randomisation of a further 107 participants (in addition to the 167 reported upon above: cohort I) from four additional general practice groups, analysis of the expanded sample confirmed the efficacy of Beating the Blues within sub-samples based on clinical, demographic and setting variables. The program’s efficacy was unaffected by concurrent drug treatment, duration of pre-existing illness, severity of existing illness or treatment setting.

However, in relation to anxiety, significant benefits of using Beating the Blues were found only for patients with more severe illness at outset (those scoring 18 or more on the Beck Anxiety Inventory on entry to the study). Of 128 patients commencing Beating the Blues in the combined sample, 89 (70%) completed all eight sessions of the program and the post-treatment outcome measures, suggesting that patients are as likely to persist with computerized as traditional treatment approaches. On completing the program, patients reported significantly higher treatment satisfaction than those receiving a comparative 8 weeks of usual care.

Cost-effectiveness of Beating the Blues

McCrone et al. present an analysis of the cost effectiveness of offering Beating the Blues in general practice settings (N=274). In the context of the superior clinical outcomes of Beating the Blues, no significant differences were found in healthcare service costs betweentwo groups, indicating the computer treatment is a cost-effective intervention. Moreover, patients receiving Beating the Blues evidenced a significant costin terms of practitioner certificated’ absence from work. Further, cost-utility analysis revealed benefits at a highly competitive cost per Quality-Adjusted Life Year.

Fox et al (2004) present their experience of implementing a Beating the Blues service within a primary care setting. The pilot service, which was managed locally by an assistant psychologist, received 62 referrals, in a ten month period, of whom 56 were suitable for the program. 39 of these patients attended an initial appointment with the service, and 27 of these completed all eight interactive sessions of Beating the Blues. The paper goes on to discuss the local and personal experience of the authors in implementing the program.

Computerized cognitive behaviour therapy (CCBT) programs have been developed to help meet the enormous need for evidence-based psychological treatment of common mental health problems in the context of a severe shortage of trained therapists to meet that need. Randomized controlled trials have confirmed the efficacy of such programs. We present the experience of a community mental health team (CMHT) resource centre with one such program, Beating the Blues, together with outcome data on a small sample of its clients. We conclude that experience and data, taken together, demonstrate the practical benefits of CCBT in routine practice.

The paper describes the integration of ‘Beating the Blues’ into a stepped care, primary care mental health service. For the 54 clients completing the program, ‘Beating the Blues’ was found to significantly reduce depression, raise general health and increase work and social adjustment. Client feedback was also very positive- the vast majority found the program enjoyable, easy and pleasant to access, and helpful in working towards overcoming their depression and anxiety.

Open-trial of Beating the Blues in Primary and Secondary Care: effectiveness

This open study supports the results of the randomised controlled trials and indicates that the findings of the RCTS can be generalised to routine care environments. It also demonstrates, by benchmarking, that the outcomes achieved by Beating the Blues are similar to those delivered by face to face CBT

Beating the Blues in service users with physical co-morbidities

This study presents pre and post Beck Depression scores of service users with physical co-morbidites such as IBS, headaches, and chronic fatigue syndrome. These results are compared with a wait-list control group and with a standard intervention group (physical co-morbidities absent). The control group showed no statistically significant change whilst the co-morbidity group and the standard intervention group both showed similar statistically significant change pre and post treatment.

The study provides compelling evidence that Beating the Blues is of value to service users presenting with a wide variety of physical co-morbidities.

Beating the Blues in Higher Education

A significant reduction in Beck Depression scores were observed in students ( mean age 25.6 years) completing Beating the Blues in a Higher Education Counselling Service. The results suggest that CCBT may be an effective intervention for depressed students.

CCBT in a specialist CBT Centre

Beating the Blues was delivered in an NHS specialist CBT care centre as part of routine care. In this setting the median period of problem duration was 5-10 years and 80% of patients indicated that they had taken prescribed medication prior to treatment at the centre. 68.3% of patients completed the program, and 48.3% of completers achieved both reliable and clinical change.

Beating the Blues in a Specialist CBT Centre